So, Coolio died a few weeks back.

I’d be lying if I said I was a fan. 80-95 percent of rap just doesn’t do it for me. Still, upon reading the headline, my first thought was, “Damn… Coolio died. I was just thinking about him.” (Earlier in the week, for whatever reason, the memory of a super awkward cameo he made on some ’90s sitcom, had popped into my head for a quick chat and a cup of tea.)

This inspired the following idea: If it took like, two weeks to get around to posting that thing about The Queen. Wouldn’t it be hi-larious if we put one up for Coolio post as a matter of supreme urgency?

What follows is a rough synopsis of my inner dialogue while I was failing to coax Le GAN Du Jour into generating a funny image in tribute to the late Mr Artis Leon Ivey Jr.

“… Now that I think about it, a deliberately silly tribute to black man dying at the age of 59 is a whole lot less amusing than one for The Queen, who died at the ripe old age of 96.”

“Yea, but The Queen, while not being somebody we had any ill feelings towards as a person, literally achieved her position in life by being born into a corrupt and exploitative class system. Coolio got to where he was in life through hard graft, and his own talent. Is he not more deserving of a tribute?”

“Sure, if we were being sincere, but you only posted that last tribute because you tried prompting Stable Diffusion with “The Queen in a box” and the result made you laugh so hard that you got an asthma attack.”

“…. You know, I’ve had “Amish Paradise” by Weird Al Yankovic stuck in my head for, like, an hour now”

So, now we’re doing this instead of the Coolio tribute… Sorry Coolio.

Back in my college days, Weird Al was something of a uniting force. Didn’t matter what scene you were into be it metal, rave, IDM, electronica, prog, hiphop or goth* on some level even the most up-their-own-hole muso could appreciate Al, even if they’d never admit it. He’s also a backchannel to top 40 pop shite, for those of us who would otherwise never normally listen to it**. I got a sophisticated musical palette, so I does. Before I got distracted by a cat video, I managed to get through a whole hour and ten minutes of La Monte Young’s Well Tuned Piano. In my mind I’d totally be up for going to a production of Einstein On The Beach, but if I’m honest with myself, by the end of the first act I’d be legitimately trying to start a Mexican wave going, at least before being asked to leave. The Rap stylings of Chamillionaire? Didn’t even know his name until I googled it for this piece. I can quote “White and Nerdy” though. In fact since around 2006, most of my exposure to the top 40 has either been through various Grand Theft Auto soundtracks, or Al’s polka medleys. I firmly believe that without Al there might be no Rudy Schwartz Project.

*Not that I recall there being any goth electrical engineers during my time in college… What is it that they say? If you can’t spot the goth then it’s probably you.
**Do they even do a top 40 anymore? I legitimately don’t know. I assume there has to be some cargo cult of ageing record executives, religiously pretending it’s still relevant, somehow.

My friend Carol met Al once. According to her he’s a top bloke. Every other account I’ve read agrees with her, and why wouldn’t they? The man has somehow managed to make a very successful career from accordion based, food centric pop parodies. I’m not sure what he did in a past incarnation to earn that much karma, but he’s won the ontological lottery and that has to be something he’s grateful for.

Life has not been as kind to Normal Al Yankovic, however. 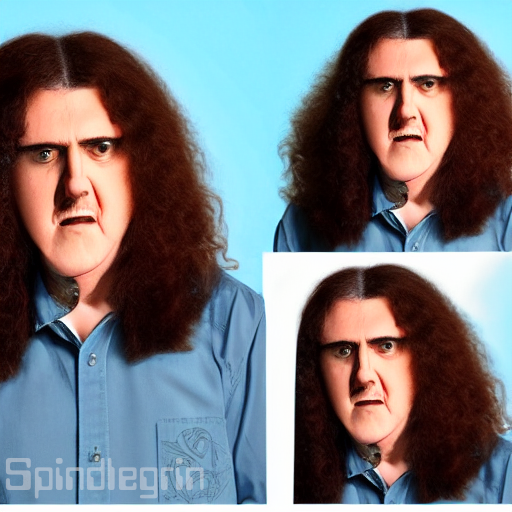 This picture was taken of him rapidly exiting the courthouse, after the “Riverside Ventriloquy Incident.” 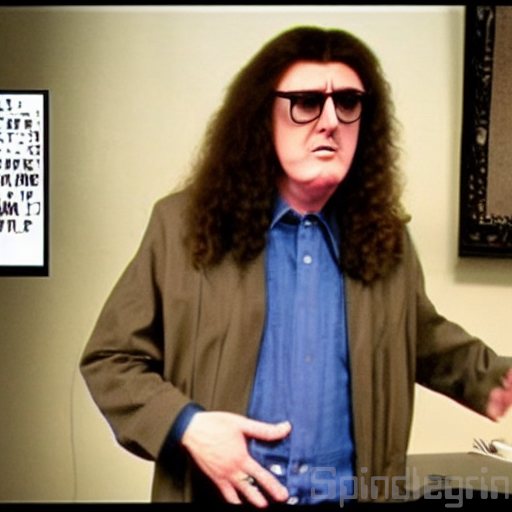 On his Tinder profile, Normal Al Yankovic lists “Coping with anxiety and depression” amongst his activities and interests. 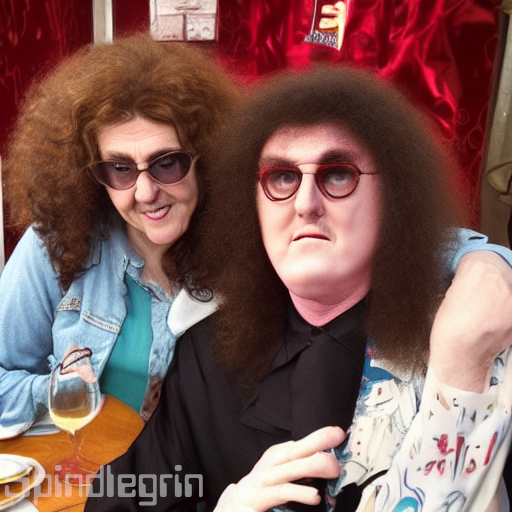 Before his short but tragic career in ventriloquism, Normal Al had an early career in the music industry. One of the oldest photos we have of him was taken during his time as a road manager for the John Cooper Clarke Sex Funk Explosion. 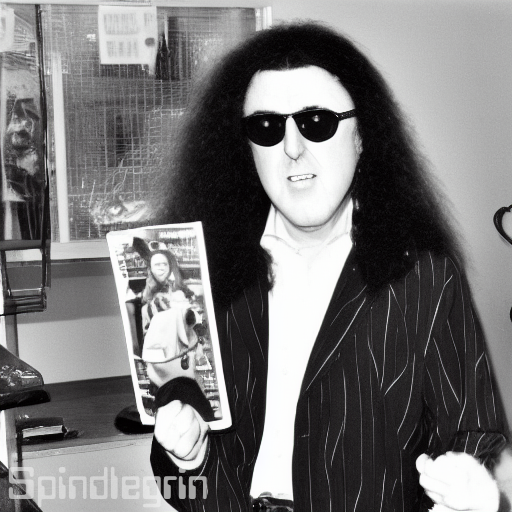 It was during these halcyon days that he earned himself the nickname, “Thumbo” 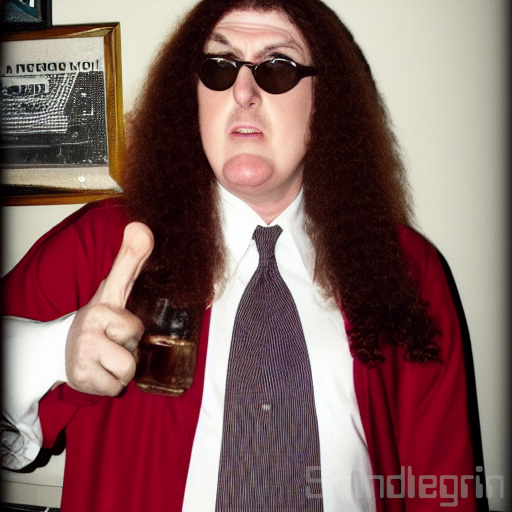 Eventually striking out on his own as a legitimate artist, his first album was a compilation of acoustic folk covers of old showband tunes released under the title, “The Doctor Sex-Gas Project” 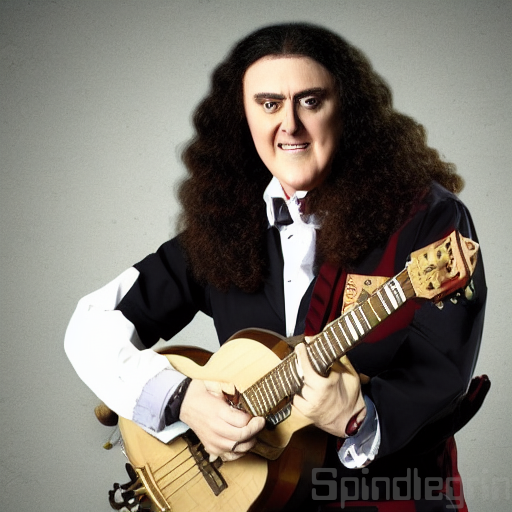 His album was poorly received. Melody Maker described it as, “perfect for those listeners struggling to cope emotionally with progressive hearing loss.” Other were less kind, with the extent of the NME review consisting of just two words, “Fucking dreadful.”
With his career seemingly over before it had begun, Normal Al decided to pull a reverse Bowie, and following in the footsteps of his counterpart, reinvented himself as a novelty act. 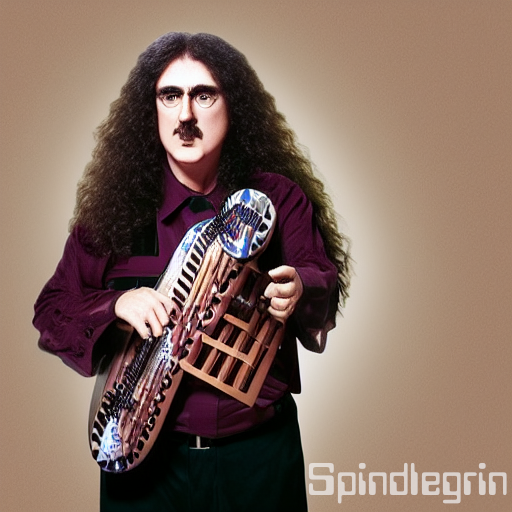 Now going by the name “Mr. Utensil And His Amazing Autoparp,” Normal Al met with some initial success in the club scene of the early 1980s. His big break would have been a 1983 guest appearance on Jigsaw, were it not for an on set encounter with a drunk and belligerent Wilf Lunn. Accusing him of intellectual property theft, Wilf repeatedly smashed Al’s signature Autoparp over David Rappaport’s head. This left Rappaport with a mild concussion, and the Autoparp completely destroyed. Janet Ellis was finally able restrain Lunn, but not before he had succeeded in mangling both of Al’s hands in the gears of his “worm catcher” tricycle. 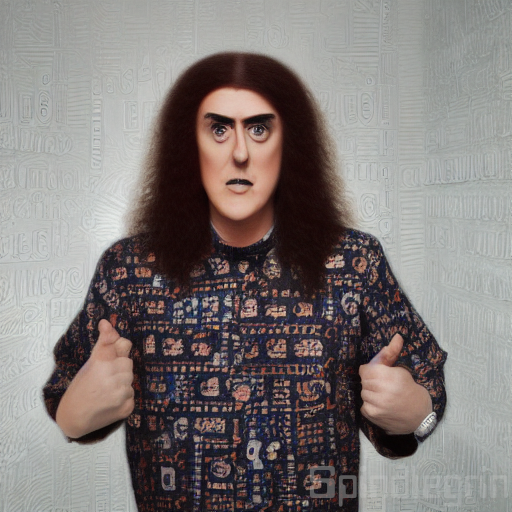 Even after multiple operations, the reconstructive surgeons were unable to completely reattach Al’s thumb. At the Riverside inquest it was speculated that many lives would have been spared, had Al’s thumb remained too large to fit inside a ventriloquist’s dummy. After he was released from hospital, Al tried to maintain a positive outlook, despite all advice to the contrary. 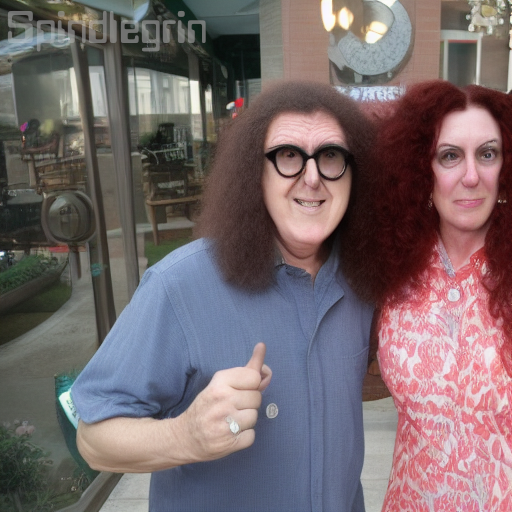 With his music career once again in tatters, and the medical bills starting to mount, Normal Al Yankovic was forced to make ends meet by working as a children’s entertainer at parties. 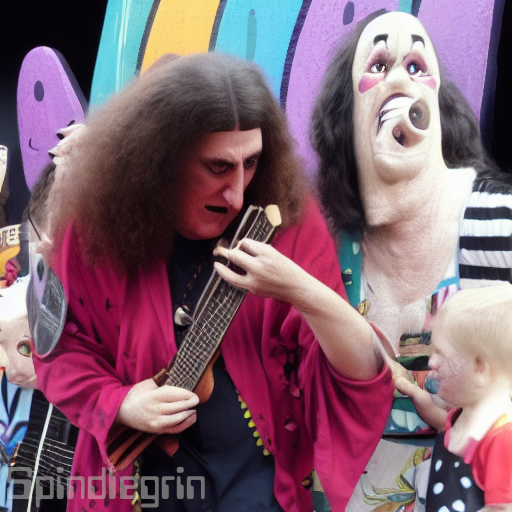 Much to his distress, it was soon apparent that Al was shockingly unpopular with the children, who thought his hands were, “All fucked up and creepy looking.” 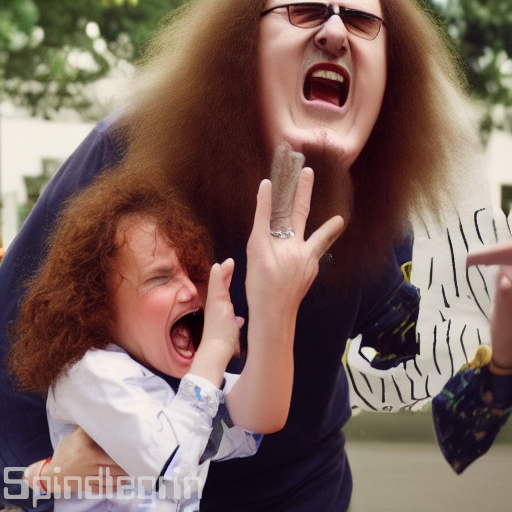 During The Inquiry, those defending Al insisted that he was forced to turn to ventriloquism as a last resort to shield the children from the sight of his disfigurement. Others have suggested that the resentment Al felt from their rejection proved too much, and his act was expressly intended as retribution for those that scorned him. 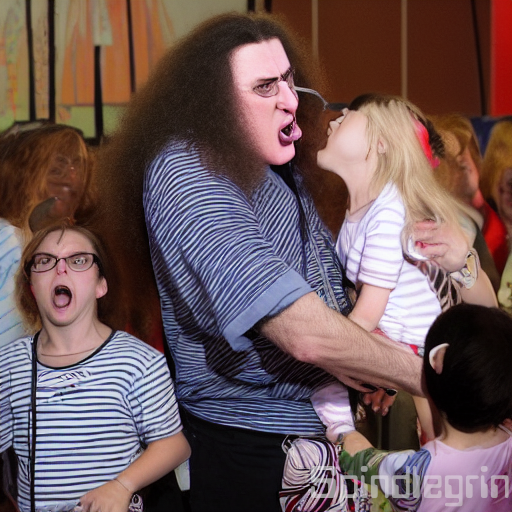 Ironically, it was the media circus that surrounded the events of the Riverside Incident that finally granted Al the fame he had struggled to find his entire life. For a brief period in 1993, on the 12th of August, from 3:45pm - 4:20pm, Normal Al Yankovic became a household name. 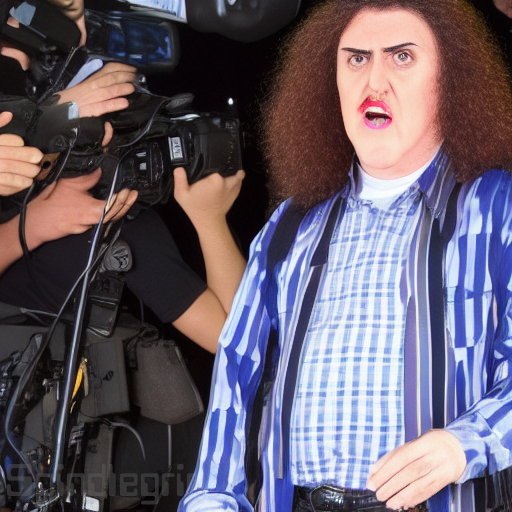 Although the findings of the inquiry were inconclusive, by the time it ended Normal Al had become known as “The most hated man in light entertainment,” and his career was effectively over. Fearing violent reprisal from numerous parent groups, the Boy Scouts of America, both The Bloods and The Crips as well as the Russian Orthodox Church, he was forced to withdraw from public view. Occasional sightings have been reported but actual photographic evidence is rare. 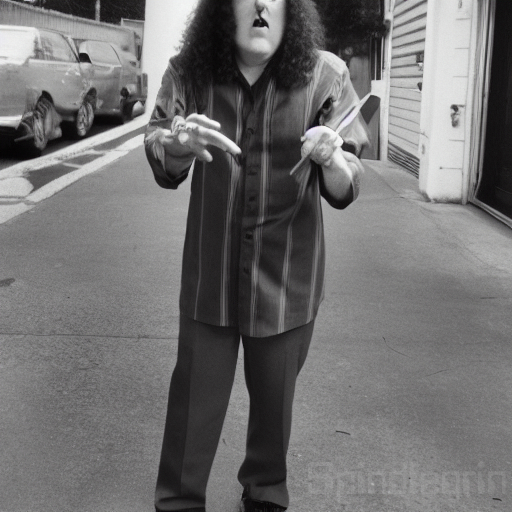 As for the victims of the Riverside Ventriloquy Incident, not much is known as their names are protected by the court order that has sealed the records “until such time as our Lord and Saviour returns to cleanse such vile depravity from the face of God’s Earth.” Because of this, very little media associated with the incident survives in the public domain. The image below was widely spread around Usenet at the time, and was reported to be taken from a promotional brochure. This has since been debunked, after it was positively identified as a still taken from a Turkish bootleg of the movie: UHF. 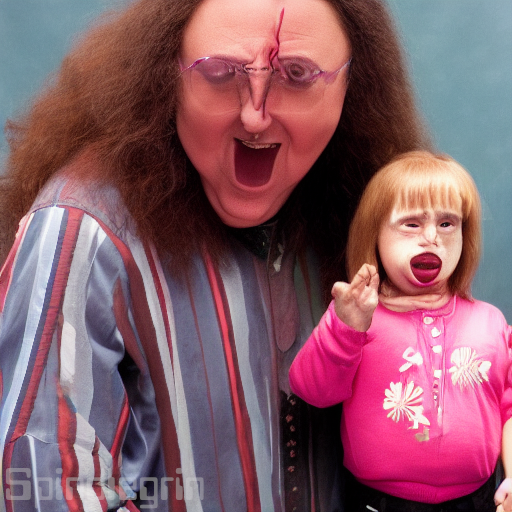